Home Lifestyle Prenups vs Cohabitation Agreements: what’s the difference and why should you have one?
Lifestyle

Prenups vs Cohabitation Agreements: what’s the difference and why should you have one? 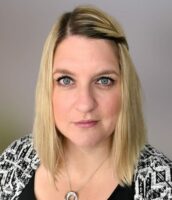 One of the biggest and most luxurious weddings of the decade took place earlier this month, with Brooklyn Beckham marrying Nicola Peltz on 9th April 2022. The lavish nuptials welcomed a stream of celebrity guests who celebrated the couple on their special day.

In the run up to the wedding, what took over the front pages was the couple signing a document which has been labelled ‘the mother of all prenups’. Beckham and Peltz signed a prenup in advance of their marriage to protect their individual fortunes.

A prenuptial agreement (“prenup”) is not an unusual contract to be drawn up, particularly amongst celebrities. In the US, a prenup clearly sets out who will be responsible for the assets (usually property) and finances of each partner throughout the marriage. If the couple splits and goes through with a divorce down the line, the prenup will be used to identify the owner of the wealth. It works as a safety net, particularly for the super wealthy, although they are becoming increasingly common among the general public.

Although a prenup is not a legally binding document in England and Wales, unlike in the majority of States in the US, courts in England and Wales are putting substantial weight on, and even upholding prenuptial agreements, when a couple go through a divorce. The terms of the agreement are quite likely to be considered by the family court when it comes to making a final financial order. This is dependent, however, on the document being properly put together.

Alongside the growth of blended families, cohabitation has become one of the most popular family structures and is now the fastest growing family type in the UK. Cohabiting couples currently make up around 3.5 million couples, which is an increase of 137% since 1996.

At Stowe Family Law, we have recently conducted a survey on cohabitation, where 51% of respondents believed that cohabiting couples have the same legal and financial rights as married couples. Much of this is down to the term ‘common law marriage’ which has been coined to describe an unmarried couple who live together. Such a thing as a common law marriage does not exist. This has, unfortunately, caused a considerable amount of confusion, leading to many cohabiting couples believing they have the same standing as legally married couples, particularly if they have lived together for a long time.

A key question that arises, then, is if a prenup can protect finances and assets for a married couple, what safety nets are there available for couples who choose not to get married but are living together, if any?

Financial protection is extremely important for high-net-worth individuals as their property and other assets can be put at risk if the cohabiting relationship breaks down. If the couple break up, the financially weaker individual will have no right to claim spousal maintenance, as well as no right to share pensions, or potentially a jointly lived in property if the title deeds only name one party.

For those with substantial individual wealth, what is known as a ‘cohabitation agreement’ should be a real consideration. This document can help to protect individual finances should the relationship come to an end. At the moment, as revealed by the survey conducted by Stowe Family Law, only 9% of cohabiting couples have a cohabitation agreement in place.

A cohabitation agreement (often known as a living together agreement) can be entered into at any point during the relationship, unlike a prenuptial agreement which can only be drawn up in advance of the marriage (although post nuptial agreements are available)It can cover a variety of elements, including child arrangements, property rights, provision of finances and the ownership of physical possessions.

Unfortunately, the general belief is that cohabitation agreements are worth very little, particularly as, in England and Wales, like the prenup, they are not legally binding. However, by having a clear agreement set out that details the intention and ownership of each asset, substantial legal fees can be prevented which are usually incurred in disputes upon separation.

Cohabitation agreements are especially worthwhile in the case of property, due to the legislation that already exists that protects the parties’ intentions. If the relationship breaks down, the legal reality is that the cohabiting couple will be tied to this legislation, which is based on the facts such as who the legal owner of the property is and what the intention was when the property was purchased. If there is nothing in writing to evidence the couples’ intention towards the property, disputes can arise, building legal fees and risking individual assets.

Having an agreement in place can help to ensure that in the event of relationship breakdown, the assets are split as evidenced in the document, protecting wealth. If both individuals seek independent legal advice, and the agreement is properly drawn up by a solicitor, the document is likely to hold weight in court.

The strong trend of cohabitation looks set to continue, making the necessity of cohabitation agreements all the more poignant. If a high-net-worth couple wishes to remain unmarried and live together, serious thought should be put into the drawing up of a cohabitation agreement in order to protect wealth and assets. Whilst the law needs to catch up with modern family structures and provide legal protection for cohabiting couples, at present, the reality is that unmarried couples do not have the same legal standing as married ones. Thus, measures should be put in place to ensure that separation disputes can be easily remedied.

Estella Newbold-Brown is a Partner at Stowe Family Law

The AI-powered wine aerator that solves the headache of decanting – in an instant!

Why greige is the perfect base colour for...

Safe Cycling for Women: What to Wear on...

Bring a sense of New England-style charm with...

The Future of Luxury Motorcoach Travel

May 22, 2022
Editorial & Advertiser disclosureEditorial & Advertiser disclosureOur website provides you with information, news, press releases, Opinion and advertorials on various financial products and services. This is not to be considered as financial advice and should be considered only for information purposes. We cannot guarantee the accuracy or applicability of any information provided with respect to your individual or personal circumstances. Please seek Professional advice from a qualified professional before making any financial decisions. We link to various third party websites, affiliate sales networks, and may link to our advertising partners websites. Though we are tied up with various advertising and affiliate networks, this does not affect our analysis or opinion. When you view or click on certain links available on our articles, our partners may compensate us for displaying the content to you, or make a purchase or fill a form. This will not incur any additional charges to you. To make things simpler for you to identity or distinguish sponsored articles or links, you may consider all articles or links hosted on our site as a partner endorsed link.