Our website publishes news, press releases, opinion and advertorials on various financial organizations, products and services which are commissioned from various Companies, Organizations, PR agencies, Bloggers etc. These commissioned articles are commercial in nature. This is not to be considered as financial advice and should be considered only for information purposes. It does not reflect the views or opinion of our website and is not to be considered an endorsement or a recommendation. We cannot guarantee the accuracy or applicability of any information provided with respect to your individual or personal circumstances. Please seek Professional advice from a qualified professional before making any financial decisions. We link to various third-party websites, affiliate sales networks, and to our advertising partners websites. When you view or click on certain links available on our articles, our partners may compensate us for displaying the content to you or make a purchase or fill a form. This will not incur any additional charges to you. To make things simpler for you to identity or distinguish advertised or sponsored articles or links, you may consider all articles or links hosted on our site as a commercial article placement. We will not be responsible for any loss you may suffer as a result of any omission or inaccuracy on the website.
Home Finance Over half of Brits wouldn’t feel guilty about investing in companies owned or based in Russia 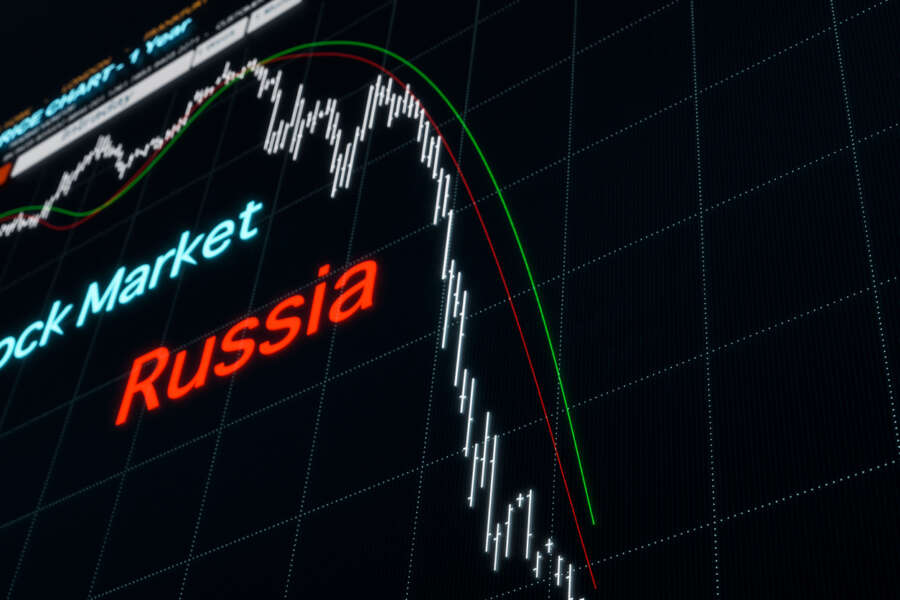 Gen Z are the least guilty generation about any investments, including Russian ones

Over half of Brits (54%) said they wouldn’t feel guilty if they found out any of their investments were supporting Russian companies and/or companies operating in Russia according to a new report by finder.com, a personal finance comparison website.

This includes 59% of the population who wouldn’t feel bad about investing in a Russian-owned company.

More broadly, over a fifth of Brits (22%) said they wouldn’t feel guilty about investing in any sector at all.

Even though the UK has relatively high awareness and support for the COVID vaccine programme, 7% of respondents still said they would feel guilty about investing in a vaccine company – the equivalent of 3.6 million people.

Despite the majority of Brits (78%) saying they would feel guilty about owning investments in certain areas, when pressed on whether this would actually lead them to selling these investments, only 2 in 5 (40%) said they would do so.

This also includes around 3 in 10 (31%) of those who say they would sell guilty investments but don’t currently know how to do this.

An additional 18% said they wouldn’t sell guilty investments due to not knowing how to do this, while 3 in 10 (30%) said they are ‘unsure’ if they would sell anything.

Gen Z and millennials are also the generations least likely to feel guilt at investing in certain industries. Only around 1 in 6 (16%) Gen Zs would feel bad about doing so and almost 1 in 5 (19%) millennials would.

In contrast, 3 in 10 (30%) of the silent generation say they would feel guilty as would a similar amount of baby boomers (28%).

To see the report in full, visit: https://www.finder.com/uk/pensions#inv-report

“There is a clear disconnect between the public’s sentiment and their actions. Many seem to have guilt about the idea of owning certain investments but aren’t prepared to actually sell, or they don’t know how to sell and some don’t have plans to learn, either. This inertia isn’t helped by many funds and pensions, in particular, not providing a clear breakdown of exactly what stocks, sectors or countries are included in their plans.

“Despite this, there are some investors who are voting with their feet – our report last year found that 28% of investors and potential investors would choose ethical investments even if they didn’t perform as well as other investments.”

Finder commissioned Censuswide to carry out a nationally representative survey of adults aged 18+, between 21/04/22 and 25/04/22. A total of 2,002 people were questioned throughout the UK, with representative quotas for gender, age and region

Prenups vs Cohabitation Agreements: what’s the difference and why should you have one?