Home Business Club Wembley appoints Head of Club Wembley & Hospitality
Our website publishes news, press releases, opinion and advertorials on various financial organizations, products and services which are commissioned from various Companies, Organizations, PR agencies, Bloggers etc. These commissioned articles are commercial in nature. This is not to be considered as financial advice and should be considered only for information purposes. It does not reflect the views or opinion of our website and is not to be considered an endorsement or a recommendation. We cannot guarantee the accuracy or applicability of any information provided with respect to your individual or personal circumstances. Please seek Professional advice from a qualified professional before making any financial decisions. We link to various third-party websites, affiliate sales networks, and to our advertising partners websites. When you view or click on certain links available on our articles, our partners may compensate us for displaying the content to you or make a purchase or fill a form. This will not incur any additional charges to you. To make things simpler for you to identity or distinguish advertised or sponsored articles or links, you may consider all articles or links hosted on our site as a commercial article placement. We will not be responsible for any loss you may suffer as a result of any omission or inaccuracy on the website.
Business 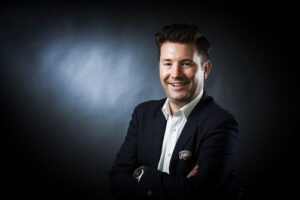 Off the back of a sensational Lionesses win at Wembley Stadium, and during a packed summer of sport and music, Club Wembley has appointed Paul Scannell in a new leadership role. As Head of Club Wembley & Hospitality, he now oversees the full spectrum of the exclusive membership and all its operations.

Previously Head of Hospitality for The Football Association and Wembley Stadium, Paul has also held senior management roles with the Singapore Sports Hub and Gordon Ramsay Restaurants. He has long-standing ties to the venue, starting his hospitality career working in the old Wembley Stadium and Wembley Arena whilst at university.

Paul Scannell said of his appointment: “Having been part of the Wembley family for several years, I know that no two events are the same and we’ve witnessed some exceptional events already this summer including the UEFA Women’s Euro Final, Ed Sheeran, and Coldplay. I’m moving into the role at a very exciting time.
“Wembley Stadium is an iconic venue for sport and music, and the Club Wembley team continues to evolve how we ensure that we deliver an incredible experience for members at each event. From our youngest fans attending a Harry Styles concert for the first time, through to football fans who follow England games globally. We want to ensure that every fan experience in Club Wembley is the best it can possibly be. I’m looking forward to this new challenge and continuing to make it the best hospitality experience in London.”

The Club Wembley membership guarantees one of the best seats in the house for major sporting events including the Emirates FA Cup Semi-Final and Final, England international matches, and the Carabao Cup Final. Members also have priority access to purchase tickets for concerts and other sporting events including The NFL as well as exclusive member-only events such as watching the England teams train at St George’s Park.

Is a ‘shoffice’ the solution you need for remote working?