Home Business SFO investigating 02 for ‘payment of kickbacks’
Our website publishes news, press releases, opinion and advertorials on various financial organizations, products and services which are commissioned from various Companies, Organizations, PR agencies, Bloggers etc. These commissioned articles are commercial in nature. This is not to be considered as financial advice and should be considered only for information purposes. It does not reflect the views or opinion of our website and is not to be considered an endorsement or a recommendation. We cannot guarantee the accuracy or applicability of any information provided with respect to your individual or personal circumstances. Please seek Professional advice from a qualified professional before making any financial decisions. We link to various third-party websites, affiliate sales networks, and to our advertising partners websites. When you view or click on certain links available on our articles, our partners may compensate us for displaying the content to you or make a purchase or fill a form. This will not incur any additional charges to you. To make things simpler for you to identity or distinguish advertised or sponsored articles or links, you may consider all articles or links hosted on our site as a commercial article placement. We will not be responsible for any loss you may suffer as a result of any omission or inaccuracy on the website.
Business

SFO investigating 02 for ‘payment of kickbacks’ 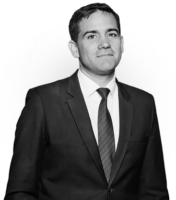 Communications provider 02 has been in the spotlight recently for being under investigation by the Serious Fraud Office (SFO) for potential breaches of the Bribery Act (2010). The Telegraph suggests that the investigation relates to kickbacks offered by former O2 executives to customers. This investigation highlights the need for all entrepreneurs and business owners to be aware of the growing powers of the SFO to prosecute financial corruption and the criminal laws that require corporate bodies to prevent bribery.

The publicity generated from the mere fact that an investigation appears to be underway highlights how companies can be scrutinised and held to account by their customers. Companies like O2 are well aware of the need to maintain market confidence by being seen to fully co-operate with the financial regulators and having in place good practices to stamp out financial corruption.

Media interest was sparked by an obligatory statement from O2 admitting that it had been subject to a disclosure request:

“O2 has been addressing a request for disclosure made by governmental authorities which is related to possible violations of anti-bribery laws and regulations. O2 continues to co-operate with the governmental authorities investigating this matter which is still ongoing. Whilst it is not possible at this time to predict the full scope or duration of this matter or its eventual outcome, O2 was able to make a reasonable estimate of the outcome, and recorded an accrual during 2019, which is included in our statement of financial position as of 30 June 2021. Additional disclosures of the matters required by International Accounting Standard (IAS) 37 have not been provided as permitted by IAS 37 para 92 as the directors believe that further disclosure will be seriously prejudicial to future developments on this matter.”

The aim of IAS is to enhance transparency and trust in financial reporting. In O2’s case, IAS 37 relates to the company’s potential liabilities resulting from its investigation. It is noteworthy that O2 ‘s statement implies that a) it is in a position to assess the likely outcome of the investigation and b) it expects that disclosing the information demanded by IAS will prejudice its case. What this statement strongly suggests is that O2 accepts that there is a legitimate basis for the investigation.

Under the Criminal Justice Act (1987) the SFO (with cause) may issue a notice to any person or entity requiring it to provide information and documentation. Failure to comply with this notice, providing false or misleading information, or destroying relevant documents are criminal offences. Upon completion of any investigation, the SFO considers either prosecution or a deferred prosecution agreement (DPA). DPAs allow organisations to circumvent prosecution by coming to an agreement with the SFO. They also permit the prosecution to be suspended for a specified time period. The DPA must be approved by a judge, meaning that the courts dictate the final outcome. The use of DPAs have permitted companies like Rolls Royce and Airbus as well as the SFO itself to avoid the expense and risks of protracted court action whilst simultaneously providing reparation for criminal behaviour.

The Bribery Act introduced the offence of failing to prevent bribery, specifically targeting commercial organisations. The Act aims to ensure that each corporation becomes actively engaged in preventing bribery by making it a criminal offence for any person associated with it to bribe another or receive a bribe for commercial advantage. The goal is to encourage companies to have sufficient policies and practices in place to prevent any associated party from engaging in bribery.

This policy is mirrored in the Criminal Finances Act in relation to tax evasion. Corporate bodies must not facilitate the criminal act of tax evasion for those who act on its behalf.

The law is therefore developing in favour of a complete cultural change. Companies are increasingly expected to self-regulate and to work in close cooperation with the SFO to stamp out corporate corruption. There is a growing emphasis on prosecuting companies for ‘failing to prevent’ economic crime, with parliament considering extending further the number of culpable offences.

A recent example of this is the SFO prosecution of Petrofac for failing to prevent bribery. Petrofac pleaded guilty to seven counts of bribery, relating to bribes designed to secure oil and gas contracts. Petrofac was fined £77 million, but its cooperation with the SFO investigation was a highly mitigating factor. The fact that its head of sales, David Lufkin, had assisted with the investigation was noted by the judge. So, companies would be well advised to keep abreast of the policies and procedures to prevent economic crime. In the event of an investigation by the SFO there are obvious benefits in seeking mitigate the damage by following the Petrofac example and demonstrating a proactive and cooperative attitude. The expectation is that companies will take the lead in ensuring that its corporate compliance programme are effective and that it well self-report where it is appropriate to do so.

This growing emphasis on self-reporting is the key point of the current anti-corruption regulatory regime. It places the onus on the company to regulate its own affairs and to prevent bribery and corruption by fully cooperating with the authorities.

Cases such as O2 and Petrofac bring the subject of tackling corporate corruption to the attention of the public. Companies would do well to retain customer confidence by demonstrating a desire to work with the SFO and to maintain effective internal policies to stamp out economic crime.