Our website publishes news, press releases, opinion and advertorials on various financial organizations, products and services which are commissioned from various Companies, Organizations, PR agencies, Bloggers etc. These commissioned articles are commercial in nature. This is not to be considered as financial advice and should be considered only for information purposes. It does not reflect the views or opinion of our website and is not to be considered an endorsement or a recommendation. We cannot guarantee the accuracy or applicability of any information provided with respect to your individual or personal circumstances. Please seek Professional advice from a qualified professional before making any financial decisions. We link to various third-party websites, affiliate sales networks, and to our advertising partners websites. When you view or click on certain links available on our articles, our partners may compensate us for displaying the content to you or make a purchase or fill a form. This will not incur any additional charges to you. To make things simpler for you to identity or distinguish advertised or sponsored articles or links, you may consider all articles or links hosted on our site as a commercial article placement. We will not be responsible for any loss you may suffer as a result of any omission or inaccuracy on the website.
Home Lifestyle REVEALED: The best fitness apps unveiled 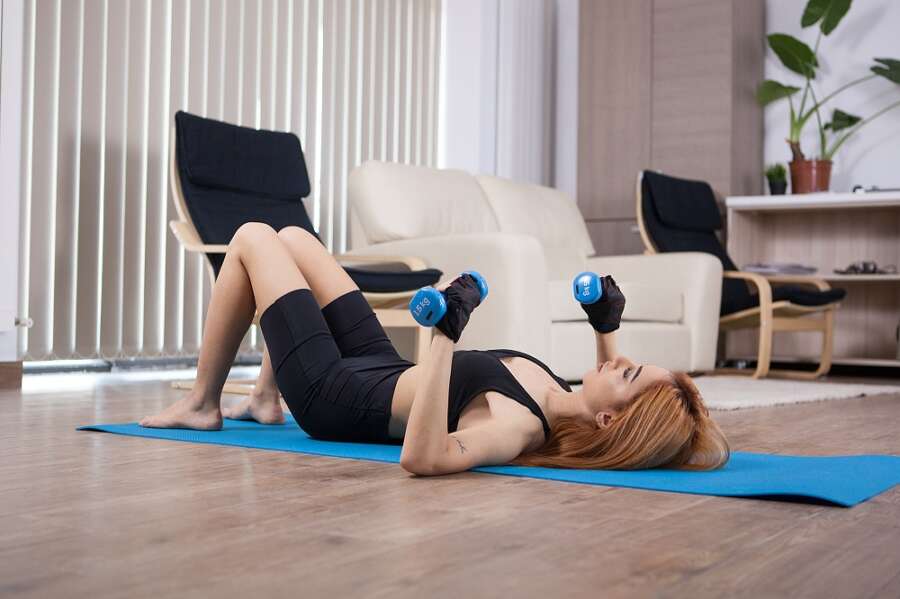 Cycling and rowing prove the most popular sports apps.

Fitbit and Samsung Health see rises in search volume during 2021.

New research from leading mobile phone reseller, Affordable Mobiles has revealed the best fitness apps, growing trends around them as well as answering the most searched for questions across various apps and devices.

The results were reached based on a number of factors including their star rating on the Apple App Store, Google Play Store and various search terms.

Google Fit, Samsung Health, Strava and the Fitbit app all had ratings over 4 stars on the App Store.

Samsung Health maintained this score on the Google Play Store while the remaining apps all scored just under 4 stars.

Looking at the overall ratings, Strava came out on top across both stores making it the most highly rated fitness app.

The study also showed cycling and rowing apps to come out on top, both with maximum search volume in 2021, increasing 3% and 27% respectively from the previous years’ figures.

Surprisingly, running, walking and yoga apps all showed a decrease this year from their 100% search volume in 2020, perhaps showing the impact of lockdown restrictions easing with gyms re-opening.

Despite this, general search terms such as ‘fitness apps’ (17%) and ‘exercise apps’ (47%) saw significant increases in online searches, indicating that home workouts are more than just a lockdown fad.

Google Fit, Apple Health and Strava were all found to have decreased somewhat from the maximum searches last year, again likely due to the launch date with popularity dipping slightly this year as the apps get older.

As well as looking at which devices and apps have grown in popularity, the new research also aimed to answer some of the most frequently searched for questions by users of the various apps and devices.

We’ve taken the time to answer some of your frequently asked questions and there was a relatively even split between the number of questions that were medical-related and those that were more on the tech side of things.

Medical focussed questions included ‘does Google fit track sleep?’ Yes, however, Google fit has to be connected to a third-party sleep tracking app, which can easily be synced and connected to your mobile.

‘Does the Samsung watch measure stress?’ Yes. Samsung Heath measures stress via the heart rate sensor on either your smartphone or smartwatch. If it’s via your phone, you will need to go into the app and press it to record your heart rate. Stress levels will then be displayed. If you are using it via your watch, the data is automatically synced so you can open the app and view it anytime.

‘How accurate are Apple Watch calories?’ The Apple watch calorie count function is accurate. When a user sets up an Apple Watch, they give this information to the Apple Health App which then measures your Basal Metabolic Rate (BMR), which is your metabolic rate under normal resting conditions, and your Active Metabolic Rate (AMR), which is your metabolic rate while you are exercising.

Some of the more tech-based questions included ‘How to change the time on Fitbit’ This can be done by opening the app settings and turning off the ‘set automatically’ option, which then enables users to set the time manually.

‘How to change goals on apple watch’. This is another straightforward adjustment; users have to open the ‘Activity’ app on the watch, tap ‘Change goals’ and move their target based on how much their activity is likely to change.

Commenting on the research findings, Jess Canning, Mobile Phone Expert at Affordable Mobiles said, “This was an interesting piece of research to be involved with. We knew that there was a growing trend in fitness tech, but this study allows us to see exactly what customers are looking to get out of the apps/devices.

“The tech-related FAQs didn’t shock us too much as fitness apps and gadgets are always getting upgrades and improvements, giving rise to more questions.

“However, the number of medical focussed questions did surprise us but it’s clear to see that users want to know exactly what they can track with the tech and how they can get the best out of their apps.”

Over 65’s finances resilient in face of COVID