Our website publishes news, press releases, opinion and advertorials on various financial organizations, products and services which are commissioned from various Companies, Organizations, PR agencies, Bloggers etc. These commissioned articles are commercial in nature. This is not to be considered as financial advice and should be considered only for information purposes. It does not reflect the views or opinion of our website and is not to be considered an endorsement or a recommendation. We cannot guarantee the accuracy or applicability of any information provided with respect to your individual or personal circumstances. Please seek Professional advice from a qualified professional before making any financial decisions. We link to various third-party websites, affiliate sales networks, and to our advertising partners websites. When you view or click on certain links available on our articles, our partners may compensate us for displaying the content to you or make a purchase or fill a form. This will not incur any additional charges to you. To make things simpler for you to identity or distinguish advertised or sponsored articles or links, you may consider all articles or links hosted on our site as a commercial article placement. We will not be responsible for any loss you may suffer as a result of any omission or inaccuracy on the website.
Home Technology REVEALED: Apple’s iPhone 11 the most popular handset of 2021

REVEALED: Apple’s iPhone 11 the most popular handset of 2021 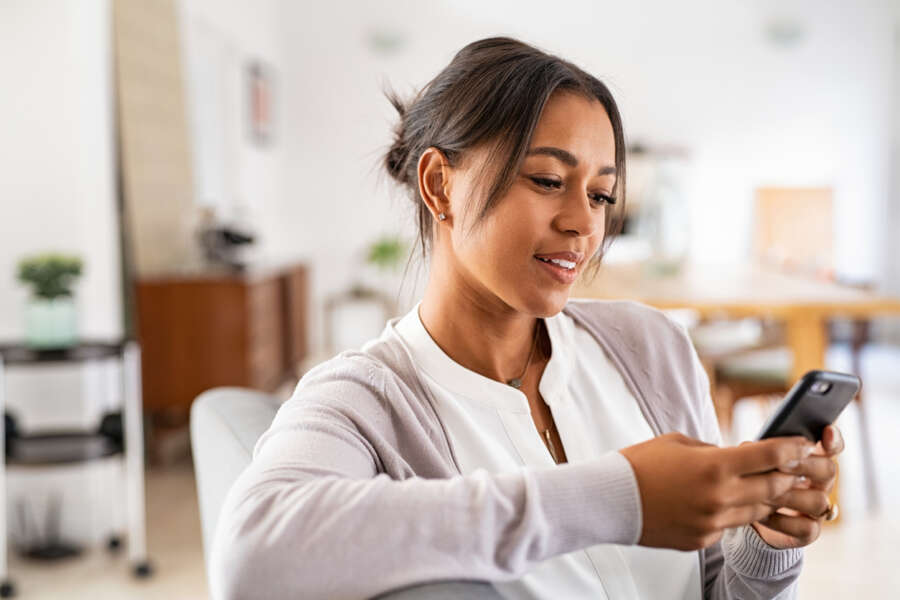 Black is the colour of choice for smartphone consumers.

Leading mobile phone reseller, Affordable Mobiles has revealed the most popular mobile phone choices of the UK in 2021, using their sales data and external reports.

CEO Tim Cook will be pleased to know that the data shows that Apple was the most popular manufacturer in the UK, followed by their main rivals Samsung.

The customer-favourite iPhone 11 (released in 2019) and its colourful range led the way.

It’s easy to see why the smartphone was the most popular, after becoming slightly more affordable than newer models in 2021.

Apple introduced 5G with their iPhone 12 series, which wasn’t far behind iPhone 11, being hugely popular with younger age groups.

The latest iPhone 13, announced in September was very popular in the latter months of 2021, especially during Affordable Mobiles’ Black Friday event – drawing more phone sales than any other time of the year.

Samsung was also a very popular choice for lots of Brits as many consumers opted for the Samsung Galaxy S20 FE, more so than the newer Samsung Galaxy S21, which was released in February 2021.

The research found that the next most popular smartphone manufacturer was Google, who are releasing more advanced devices each year, with the Google Pixel 6 proving to be a hit for Android users across the UK.

One trend that was consistent with whatever phone manufacturer was chosen, was the colour with people consistently choosing black phones, across all age groups and locations.

Blue and navy closely followed, with white, and more surprisingly purple, the next most popular.

This perhaps sheds some light on the colour of the phone diminishing, as many consumers will choose to protect their phone with cases in whatever colour they see fit.

In 2021, customers went crazy for data, and frequently chose 100GB packages to get them through whatever the next 2 years may hold.

Unlimited data bundles were favoured second, suggesting that consumers want to do more with their phones than before, and less restrictions on data usage.

Jess Canning, Mobile Phone Expert at Affordable Mobiles commented on the findings, “It’s been very interesting to see the preferences of all age groups when it comes to brand, monthly data allowances and even colours.

“It showed some really interesting findings, one of which was that younger people were more likely to opt for the latest model. It seems having the latest tech with standout features is still important to younger age groups.

“The choice of colour was also very interesting. We’re shocked to see that rather than opting for bright, vibrant colours, the younger generations join a lot of the population in keeping things classic with black.

“We’re looking forward to seeing what trends appear in 2022, with new phone launches from all the major manufacturers to look forward to”.

A virtual world of opportunity: how luxury brands should approach the Metaverse

PENSIONERS ARE MORE SAVVY THAN TEENAGERS WHEN IT COME TO SCAMS AND ONLINE SECURITY, ACCORDING TO NEW RESEARCH