Home Lifestyle Discontinued Cars That Are Worth the Most
Lifestyle

Discontinued Cars That Are Worth the Most

By: Andrew Richardson copywriter for Grange.

You’re searching for a new model to buy — you narrow your search down to a select few motors that have caught your eye, they meet the specifications you’re looking for, they have powerful engines and fantastic handling — the reviews are superb. And then you find that they’ve been discontinued by their manufacturer, dubbing it a ‘zombie car’.

Buying a discontinued model can plant seeds of doubt in drivers’ minds, whether it’s to do with sourcing parts if something goes wrong or it changes your opinion of what you thought was a popular and well received car. However, parts are often still produced for years after a model has been discontinued or will be made by other manufacturers, as well as sharing car parts with other cars. Some models are discontinued and replaced with a modernised version with new features, have been renamed to fit in with a series of models, such as the Infiniti G37 Coupe becoming the Q60, buyer habits have changed, sales are down, or costs have risen. With automotive manufacturers reacting to the boom of the SUV and the push for electric cars, many cars, including diesels, are on their way out.

Sometimes, although some discontinued cars fade away, some models can be an investment, with the value increasing. Often, classic cars are those that were hugely popular and rare, which discontinued cars become classics as they’re harder to get your hands on. Here, we’ll look at expensive discontinued cars that are worth the most.

After nearly seven decades on the automotive market, the German engineer announced in 2018 that the Beetle was to be discontinued. Recognised as one of the most iconic, quirky cars, this model symbolised the 1960s counterculture — breaking away from conformity and tradition. With over 22.5 million models sold over the decades, the shifting trend of SUV and crossovers has caused VW to turn their attention elsewhere.

With around 420,000 units sold in its peak popularity in the 60s due to its feature in the Disney film The Love Bug. Only 15,000 were sold in the U.S. in 2017, a dramatic fall. With the average price of a Volkswagen Beetle being around £1,321 in 2003, this vehicle has increased in value, making it more expensive than what it previously went for. 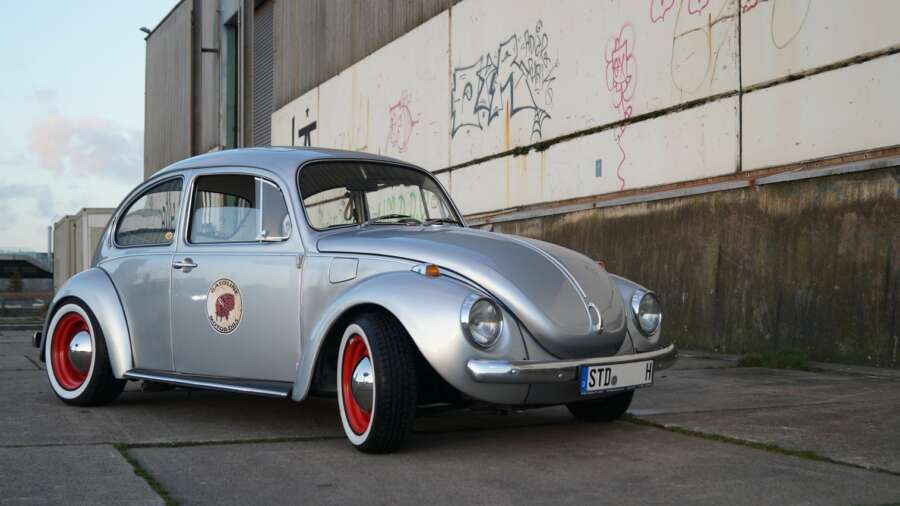 Photo by Felix on Unsplash

Initially rolling off the production line in 1961, the Jaguar E-Type was a legendary supercar that stole the hearts of car lovers everywhere. Famously described by Enzo Ferrari as the world’s most beautiful car, the E-Type ranked first in the Telegraph’s 2008 “100 most beautiful cars of all time”, so it isn’t surprising that as a discontinued car, its value has increased. Discontinued in 1975 to make way for the Jaguar XJ-S, the E-Type was ahead of it’s time for style, technology, and handling — one of the most innovative vehicles of its era. Certainly a different style from the Jaguar F Pace. 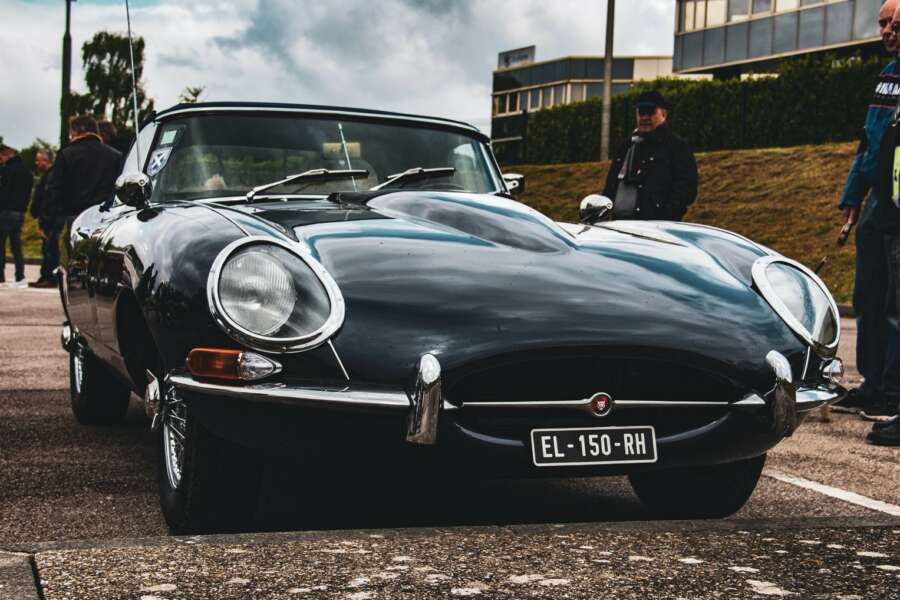 Photo by Philippe Oursel on Unsplash

A British grand tourer first introduced to the public in 2003 at the Frankfurt Auto Show, Aston Martin’s DB9 was initially produced as a replacement for the DB7. It was manufactured until 2016 to make room for the DB11, with an all-new platform and engine. Although a sign of innovation and progress in the automotive world, the discontinuation was sadly received, putting an end to one of the most iconic and popular Aston Martins ever created. The DB9 was so iconic that its style became the norm for future designs. 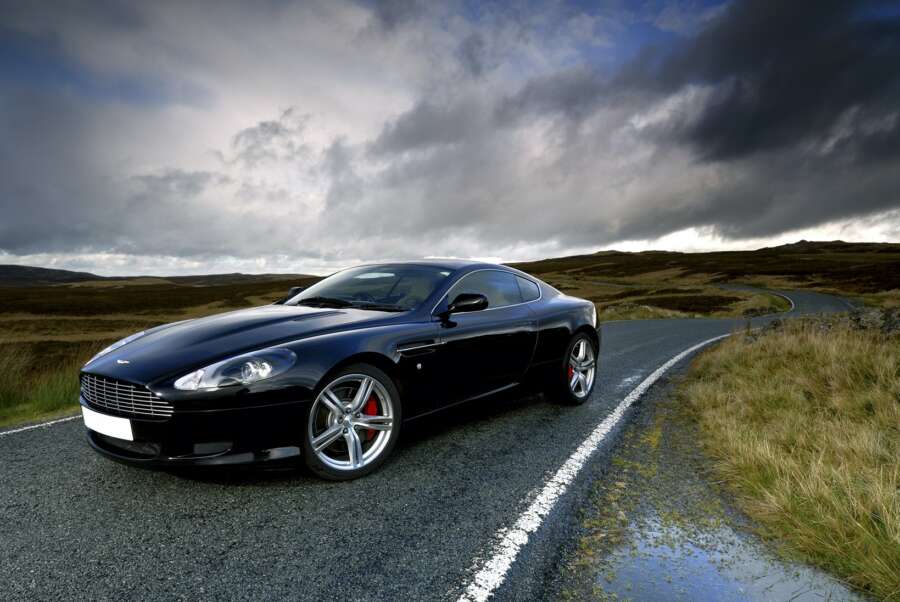 Photo by Max Earey on Shutterstock

In 2003, it was announced that this successful and sought-after car would be discontinued, following the James Bond film The World is Not Enough surged it to popularity in the three years it was produced. Initially priced at $104,000 in 2003, the Z8 was sold to less than 150 drivers in the UK and 5,700 in the world, making it a rare piece of art. Recognised as one of the world’s sexiest cars, Considered a collector’s car, the Z8 now goes for more than double the original price at £250,000, while other BMW models’ values have depreciated. 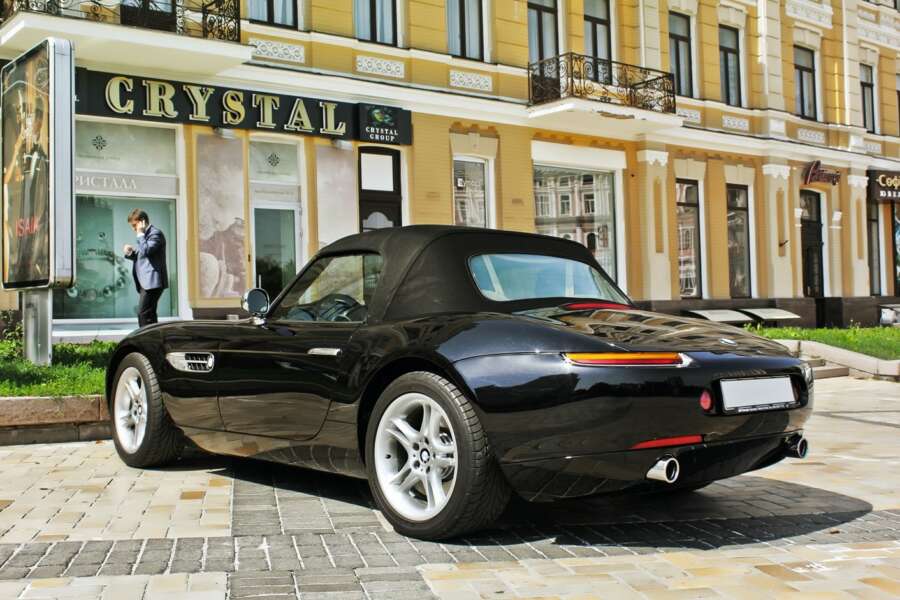 Photo by RomanSt-Photographer on Shutterstock

If you’re considering buying a discontinued model — don’t fret — do your research and find out which models have increased in value and make your purchase an investment.

Advice for Starting an Art Collection

From price to product information elasticity of demand...

How to design your dream home with a...

How to keep your home safe and secure...

July 4, 2022
Editorial & Advertiser disclosureEditorial & Advertiser disclosureOur website provides you with information, news, press releases, Opinion and advertorials on various financial products and services. This is not to be considered as financial advice and should be considered only for information purposes. We cannot guarantee the accuracy or applicability of any information provided with respect to your individual or personal circumstances. Please seek Professional advice from a qualified professional before making any financial decisions. We link to various third party websites, affiliate sales networks, and may link to our advertising partners websites. Though we are tied up with various advertising and affiliate networks, this does not affect our analysis or opinion. When you view or click on certain links available on our articles, our partners may compensate us for displaying the content to you, or make a purchase or fill a form. This will not incur any additional charges to you. To make things simpler for you to identity or distinguish sponsored articles or links, you may consider all articles or links hosted on our site as a partner endorsed link.