Our website publishes news, press releases, opinion and advertorials on various financial organizations, products and services which are commissioned from various Companies, Organizations, PR agencies, Bloggers etc. These commissioned articles are commercial in nature. This is not to be considered as financial advice and should be considered only for information purposes. It does not reflect the views or opinion of our website and is not to be considered an endorsement or a recommendation. We cannot guarantee the accuracy or applicability of any information provided with respect to your individual or personal circumstances. Please seek Professional advice from a qualified professional before making any financial decisions. We link to various third-party websites, affiliate sales networks, and to our advertising partners websites. When you view or click on certain links available on our articles, our partners may compensate us for displaying the content to you or make a purchase or fill a form. This will not incur any additional charges to you. To make things simpler for you to identity or distinguish advertised or sponsored articles or links, you may consider all articles or links hosted on our site as a commercial article placement. We will not be responsible for any loss you may suffer as a result of any omission or inaccuracy on the website.
Home Finance Brace yourself: 25 events that’ll shake up your finances in 2023

Brace yourself: 25 events that’ll shake up your finances in 2023 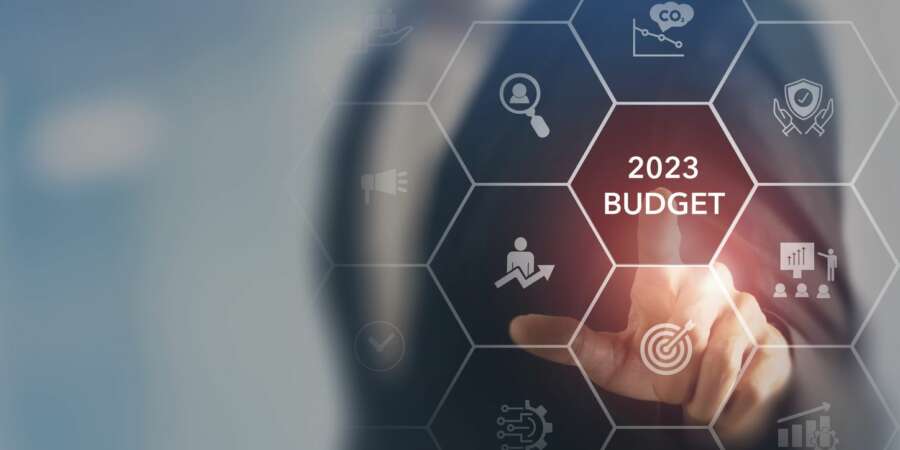 “2022 has been a bruising year for our finances with spiralling inflation putting pressure on our budgets. It’s expected to ease off as we go through 2023 but it’s going to stay tough especially given that government support in the form of cost-of-living payments will stop for most people this year. Added to this the amount of tax we pay continues to rise as the complex web of tax freezes and increases continues to pull more people into paying more tax – we need to keep watching the pennies closely throughout 2023.”

The £2 cap on single bus journeys comes into effect across England until the end of March, saving people 30% on the average fare. This not only helps people save on bus travel but encourages people to leave their cars at home easing congestion on the roads.

In the last week of January 2022, 1.5 million people still hadn’t filed their tax return, while 66,500 very early busy bees filed their returns on the first day of the tax year. If you’ve been forgetting the stress of everyday life for a week or so, the early days of January are an ideal time to get on with the serious business of filing tax returns. It will mean you won’t have that nagging feeling gnawing away for the rest of the month. It also gives us the chance to get organised, get things right and the time to sift through the mountains of paperwork needed to file on time.

There’s no definite date on this yet, but this report will be eagerly anticipated. State pension age is currently 66 and is due to rise to 67 by 2028. Under current plans it is due to hit 68 by 2046 though the government has stated its intention to accelerate this to 2039. Rumours suggest government wants to speed up the shift even more with a move to 68 potentially happening as early as 2032. However, with increases in longevity slowing and many people simply not able to keep working that long government will face fierce opposition if they are seen to be moving forward too quickly.

Normally government uses July’s Retail Prices Index (RPI) measure of inflation to determine the increase in fares such as season tickets on most commuter journeys, some off-peak return tickets on long distance journeys, and Anytime tickets around major cities. However, it was announced in August that this year’s rail fare is increasing below the inflation rate to help people with the cost of living.

6.15 March: OBR forecast to be prepared by today.

The Office for Budget Responsibility has been asked to prepare a forecast by this date to accompany the Spring Budget which could be held on this date or shortly afterwards.

7.31 March:  Final deadline to exchange for Help to Buy

All Help to Buy Eligible Dwellings must have legally completed on or before 31 March 2023. Homebuyers are expected to have the keys to their home by 6pm. Homebuilders must tell homebuyers in advance if they cannot meet these dates.

The cost-of-living support payments issued by government have been a real lifeline for many people trying to meet rocketing energy bills over the winter. As these payments come to an end for the vast majority of people further belt tightening will be needed to meet the eye watering rise in bills.

April is going to see all sorts of prices rise, and higher energy prices are going to be particularly painful. The current cap of £1,277 could well rise by £500 or more. And it’s worth bearing in mind that this isn’t a fixed cap on the most you can pay: it’s a cap on prices for the average user. If you burn through more energy, or live in a large or inefficient house, you could see prices rise even further.

The government is responsible for setting the level of the licence fee and in 2022 it announced that the fee would be frozen for two years at £159 before rising in line with inflation for four years from 2024.

The Budget paperwork included the fact that councils will be able to raise tax by 3% – plus another 2% for social care – without holding a referendum. The enormous rise in the cost of social care, and the additional cost of National Insurance on council wage bills, is going to put them under real pressure, so many of them are likely to raise council tax as much as they possibly can.

Chancellor Jeremy Hunt announced in November that the National Living Wage for individuals aged 23 and over would increase by 9.7% from £9.50 to £10.42 an hour.

NHS prescription charges in England were frozen throughout 2022/23. This is the first time in 12 years that the charge has not increased. Whether we see a further freeze in April remains to be seen.

The Autumn Statement brought bad news to entrepreneurs and people investing outside of a pension or ISA with the Chancellor reversing Kwasi Kwarteng’s proposed dividend tax cut and slashing the threshold from £2,000 to £1,000. People receiving over £1,000 per year in dividend income will pay tax of 8.75%, 33.75% and 39.35% for basic, higher and additional rate taxpayers, respectively. In addition, the £12,300 capital gains tax threshold is being slashed to £6,000 and it will be cut further in 2024.

In addition to the changes mentioned above, there are several taxes that have and will remain frozen which means over time more of us end up paying that bit more. For instance, the personal allowance will stick at £12,570 in April, and every year until 2025/26, the higher rate threshold will be frozen at £50,270, the pension lifetime allowance is still £1,073,100. The inheritance tax nil rate band remains at £325,000, and the residential nil rate band £175,000.

Plus, everything from ISA allowances to the annual gifting allowance, the high-income child benefit tax charge and the savings allowance remain the same.

18. 6 April:  State pensions rise with the triple lock and benefits rise by the same amount

From today people receiving the state pension and other benefits will get a much needed 10.1% boost to what they receive.

Payments on account are advanced payments towards your tax bill if you are self-employed.

22.September: Cost of living payments of £150 to people on certain disability benefits

If the timing is to match what we saw this year, then these payments will be due around now.

Inflation is expected to be on its way down by this point, so we are unlikely to see the blockbusting 10.1% increase to state benefits that we saw this year. However, if the triple lock is still in place and wage data is higher than inflation then pensioners could be in line for an extra boost.

We are overwhelmingly filing our self-assessment tax returns online but for those who prefer a paper-based approach they will need to have submitted their forms to HMRC by this date.

As we head back into Winter, we will see the return of Winter Fuel payments for those who qualify. Pensioners will be in line for an extra £300 cost of living payment.