Home Headlines Thunes survey of ‘Zoomers’ in 13 countries spotlights how the world’s youngest and most digitally-adept consumers are forcing change to decades-old business practices
Our website publishes news, press releases, opinion and advertorials on various financial organizations, products and services which are commissioned from various Companies, Organizations, PR agencies, Bloggers etc. These commissioned articles are commercial in nature. This is not to be considered as financial advice and should be considered only for information purposes. It does not reflect the views or opinion of our website and is not to be considered an endorsement or a recommendation. We cannot guarantee the accuracy or applicability of any information provided with respect to your individual or personal circumstances. Please seek Professional advice from a qualified professional before making any financial decisions. We link to various third-party websites, affiliate sales networks, and to our advertising partners websites. When you view or click on certain links available on our articles, our partners may compensate us for displaying the content to you or make a purchase or fill a form. This will not incur any additional charges to you. To make things simpler for you to identity or distinguish advertised or sponsored articles or links, you may consider all articles or links hosted on our site as a commercial article placement. We will not be responsible for any loss you may suffer as a result of any omission or inaccuracy on the website.
Headlines

5th April 2022, London: To achieve growth and success past 2030, businesses must start to understand the living, shopping, and financial habits of Gen Z or Zoomers (consumers aged between 16 and 24) now – and accept that they are very different from previous generations. This demographic, who never knew life without the internet and smartphones, currently represents the largest population group on earth. Members of this age group account for almost  2.5 billion people, surpassing Millennials in 2019.

To shed some light on Zoomers,  the global payments platform Thunes conducted a world-wide study into their shopping, social, and payment preferences.  They interviewed 6,500 people between the ages of 16 and 24 from 13 developed and emerging countries around the world.

Thunes’ Gen Z: The Future of Spending survey: some highlights

Thunes CEO Peter De Caluwe said: “To many, Gen Z is a misunderstood and overlooked generation. This is a generation to which “dial-up” and “desktop” are meaningless words and who don’t just think “mobile-first”, but live and breathe in apps, social media, digital platforms and soon – the metaverse. We should start to take this generation seriously as the revenues and strategic plans of many businesses – especially those that are relying on fast growth – are dependent on them”.

“We knew that social media would be a key part of a Zoomer’s daily life, but what our survey helped to reveal is the extent to which they are driving spending activity in this demographic. Another important aspect of their lives that we wanted to explore is their relationships with money and their affection for mobile-driven payment methods. As a company that embraces the diversity of Payments and builds the next-generation Payments infrastructure for the world, we will use these insights to shape our Payment capabilities and solutions for the large group of the Internet businesses that we serve,” he added.

Mobile wallets are gaining traction, particularly in emerging markets where bank accounts have been historically difficult to access and financial exclusion is widespread. Mobile providers have led a digital payments revolution in Asia, while in Africa, the major telecoms providers have offered similar digital payments solutions.

As the world moves online, social media, content and entertainment platforms, payment providers, and consumer brands looking to capitalise on Zoomers and their online spending habits must consider all the factors above. Gen Z will be influenced first, not by price or even range or scarcity, but by their social circles, brand engagement online, and trendy, convenient, trustworthy payment options.

Peter De Caluwe said: “Failure to recognise the imminent influence of the digitally native Zoomer could result in a once perfectly shoppable brand witnessing slipping sales.” 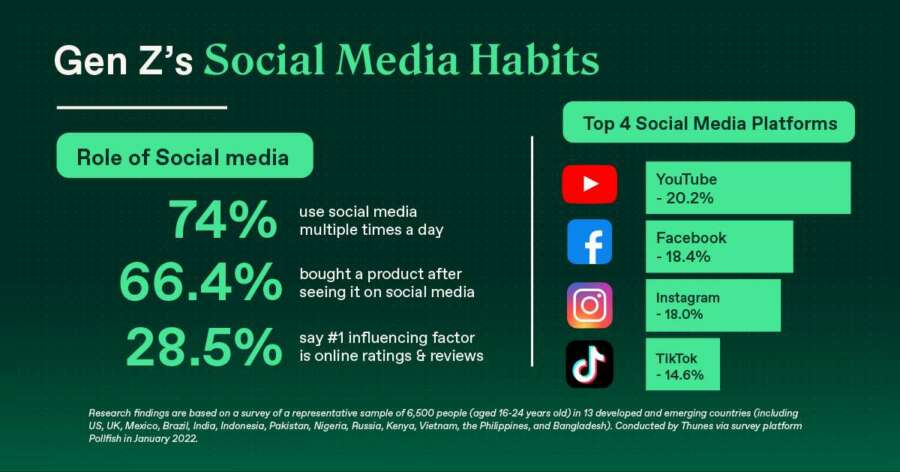 The Nuvias Group Earns the 2021 EMEA Juniper Networks Distribution Partner of the Year Award for the Second Year Running.

Kronos Homes presents ‘The Meaning of Architecture’ to...

Carta teams up with Vauban to launch the...

Nearly a quarter of young people forced to...