Home Business The role of culture in the consumption of luxury and luxury counterfeits
Our website publishes news, press releases, opinion and advertorials on various financial organizations, products and services which are commissioned from various Companies, Organizations, PR agencies, Bloggers etc. These commissioned articles are commercial in nature. This is not to be considered as financial advice and should be considered only for information purposes. It does not reflect the views or opinion of our website and is not to be considered an endorsement or a recommendation. We cannot guarantee the accuracy or applicability of any information provided with respect to your individual or personal circumstances. Please seek Professional advice from a qualified professional before making any financial decisions. We link to various third-party websites, affiliate sales networks, and to our advertising partners websites. When you view or click on certain links available on our articles, our partners may compensate us for displaying the content to you or make a purchase or fill a form. This will not incur any additional charges to you. To make things simpler for you to identity or distinguish advertised or sponsored articles or links, you may consider all articles or links hosted on our site as a commercial article placement. We will not be responsible for any loss you may suffer as a result of any omission or inaccuracy on the website.
Business 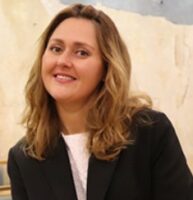 Growing at a faster rate than ever before, the global trade in fake products is estimated to be worth nearly half a trillion dollars a year, according to the OECDin 2019. It is turning into a major economic problem as it damages brand reputation, reduces demand for authentic products and decreases business revenues. Indirectly, it also endangers millions of legitimate jobs in developed countries and fuels all sorts of illegal trade channels in developing countries. The problem is particularly acute in the luxury goods market.

My recent research published in “Recherche et Applications en Marketing”, alongside Beatrice Parguel (CNRS) and Cecile Chamaret (Ecole Polytechnique), studies the consumption of original and counterfeit luxury goods in the United Arab Emirates (UAE). In this country, following the discovery of oil in 1958, the spectacular economic take-off in the 1990s could be considered a “defining moment” likely to create cohort effects among the population. Precisely, those born before and after 1990 in the UAE, although both possessing great wealth, differ in terms of individual values. The older generational cohort experienced a simple, puritan, and hermetic environment, while the younger generational cohort was born into luxury, in an environment opened to Western modernity. Identifying these two generational cohorts, the pre-boom generation and the post-boom generation, we were able to explain why they differ in their luxury consumption.

Precisely, we carried out interviews with members of these two generational cohorts. They showed that their attitudes towards luxury goods and their counterfeits, and the way they arbitrate with them, serve different psychological functions among both cohorts. In the UAE, the post-boom generation is more driven by hedonism and materialism, and attribute greater importance to demonstrating success and social standing through possessions. They express their values through consumption and prefer to consume authentic luxury goods. On the contrary, the pre-boom generation display more traditional values and view the consumption of original luxury items as ostentatious, even as a form that harms society in general and contradicts traditional and religious values. Although this older generation does not reject luxury, it favors the counterfeit versions of it since counterfeits allow them to avoid spending horrendous sums on items that are seen as unnecessary, while benefiting from other products features of fakes to which they recognize functional attributes.

These findings run counter to previous research that suggested that younger consumers around the globe consume more counterfeits than older ones. As a matter of fact, previous research was conducted in Western countries and not able to control for the fact that older consumers usually display higher revenues than younger ones, resulting in an arbitrage in favor of original luxury among the older, and in favor of counterfeit luxury among the younger. Considering the UAE context, we could control for consumers’ disposable income and highlight the importance of personal values to understand luxury consumption.Precisely, consumer values appear as a strong determinant of the luxury trade-off between originals and fakes, as they are able to explain both the influence of Western consumers’ age and the influence of UAE generational cohorts in. As such, this research illustrates how changing the cultural lens sometimes helps academics and managers to reconsider previous findings and to shed light on new consumption determinants.

The research underlines the socio-cultural mechanisms at work in the society, especially when considering luxury consumption. Luxury marketers would thus benefit from avoiding an overly ethnocentric approach. It is important to know consumers’ culture well. This knowledge should be accompanied by a thorough analysis of the society in which they were born, have grown and currently evolve, particularly when it has experienced rapid changes. In general, managers dealing with UAE nationals should always bear in mind that the older and younger generational cohorts were raised in culturally distinct environments. They might share the same heritage but not the same culture, and managers must adapt plans, communications, and management according to both generations they are dealing with. In a more marketing-focused setting, marketers, including luxury brand managers, should build segmentations based on the generation to which consumers belong to, not merely in terms of demographics (i.e., same age group), family (i.e., children/parents/ grandparents), or history (i.e., time needed to renew the population), but in a sociological sense, namely, cohorts with a strong focus and interest for the country specificities undermining de facto the concept of global generation. The stakes are high for marketers as UAE nationals display one of the highest purchasing powers in the world.

How digital can differentiate the luxury retail experience

Why You Need an Updated Skincare Routine in the Winter