Home Lifestyle Marloe unveils its new premium watch collection, the Pacific, inspired by the dawn of the jet age
Lifestyle

Marloe unveils its new premium watch collection, the Pacific, inspired by the dawn of the jet age

British watch brand, Marloe Watch Company, takes influence from the achievements of incredible individuals and its new Pacific collection is no exception.

The Pacific is inspired by the dawn of the jet age, and in particular, the de Havilland Comet, which was the world’s first commercial jet airliner to cross the Pacific and circumnavigate the globe. Celebrating the jet-age futurism and the human-centric experience of being high above the clouds during the early days of flight are core to the design of the collection.

“The challenge behind the Pacific was to create a watch that feels fluid, that exudes an effortless approach to a complex design; how can we present a watch that feels like it’s moving on your wrist, with a dynamism of shape, form and texture to make it feel like it’s soaring above the clouds.” says Gordon Fraser, co-founder and designer at Marloe Watch Company. 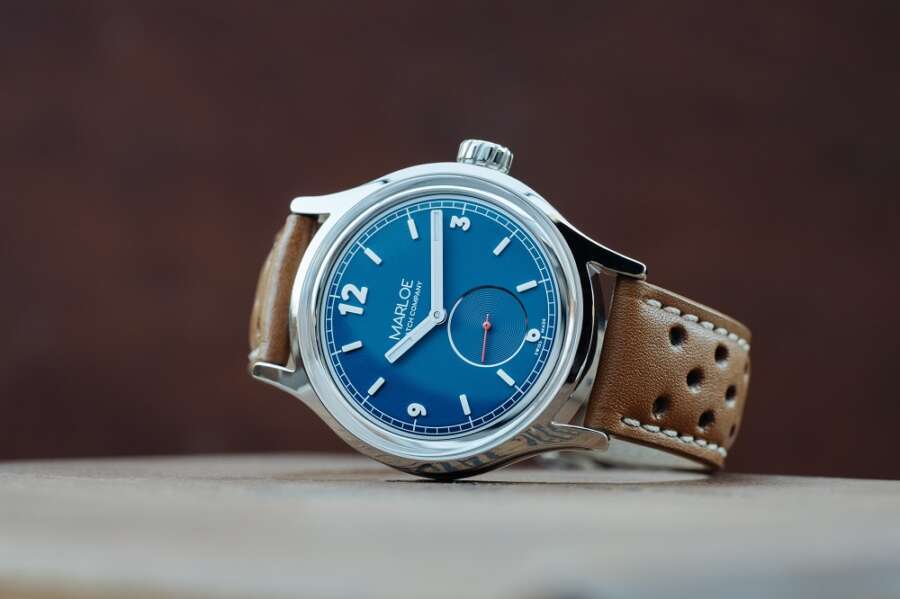 “The Pacific has one continuous upper curvature that is unbroken from lug to lug, over the dial around to the caseback. The top surface forms a single curvature but the rear lines are turbulent, a nod to airflow over a wing”

This design of this collection brings together the fluidity of water with the complexity of aerodynamics. These watches are the pinnacle of craftsmanship, British designed and Swiss Made, making it a pinnacle design in Marloe’s collection. 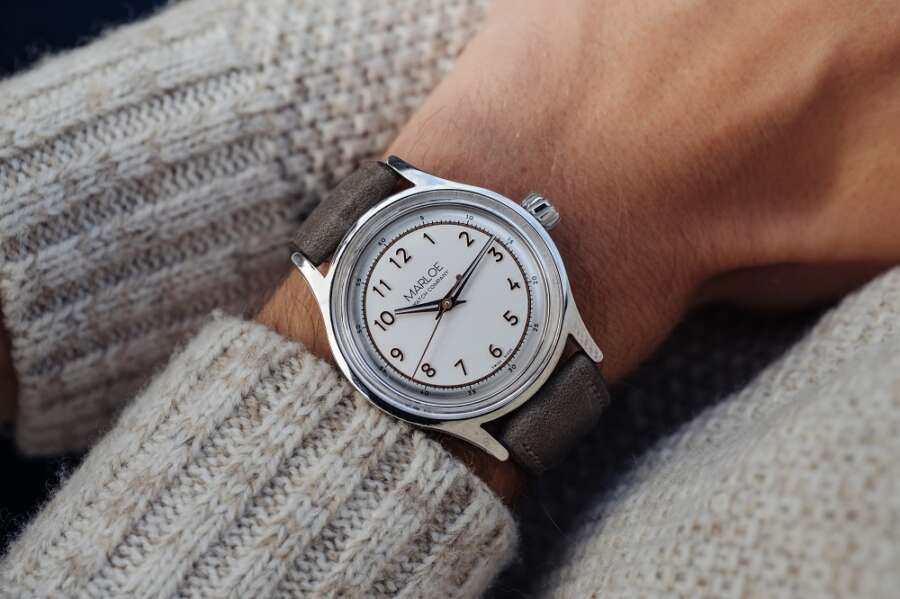 Each model within the collection pays homage to the various evolutions of the jet-age, whilst the movement retains a humble look of an engine that is all business.

Each watch features a carefully constructed sapphire box crystal, casting mesmerising refractions that illuminate the dial in ever graceful fashion. Featuring polished upper and lower decks, with vertically brushed sides and, as another nod to the utilitarian mechanics of the jet age, a frosted surface in each side-aperture, these three finishes create a spectacular, ever-changing case.

The Pacific collection consists of four styles priced at £1,195. 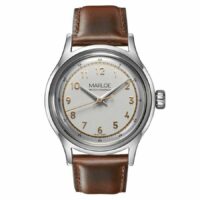 Inspired by the Comet – the dawn of jet-powered commercial flight.

Retro by design with its salmon coloured features. 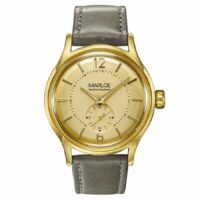 A vintage feel, inspired by first class in air travel.

The perfect watch for the lavish businessman. 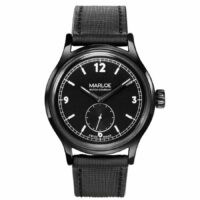 Inspired by the dawn of stealth aircraft, covert and on the edge of daring, the ultimate in spy-style. 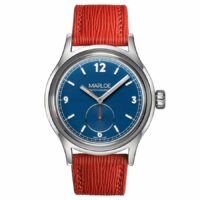 Influenced by the dawn of supersonic commercial flight – Concorde.

This is the frequent flyer watch, for the person that is a professional jet traveller.

Marloe Watch Company is an independent designer and producer of mechanical wrist watches based in Kinross, Scotland. The company was launched via Kickstarter in 2015 by founders Oliver Goffe and Gordon Fraser.

While trying to install a new battery in a high street watch, Oliver was horrified when the inner workings revealed a simple battery taped to a plastic casing and low-quality components. From that moment, he set himself the challenge to do better.

After cold calls and speculative emails to various designers and engineers in the watch business, Oliver serendipitously stumbled across Gordon Fraser in an online watch forum. The pair agreed to work together on building a beautiful, functional mechanical watch.

Despite living thousands of miles apart, Oliver and Gordon were bound by a passion for design, slow-living counterculture and beautiful mechanical watches. Both men shared a nostalgic desire to bring back the artistry, beauty and alchemy of mechanical timepieces.

Marloe Watch Company specialises in hand-wound and automatic mechanical watches which feature an extraordinary level of design detail, inspired by examples of great human endeavour. The company offers a range of collections, including: Coniston, Haskell and Atlantic.

Thrive not just survive: Retailers urged to play a bigger role in supporting healthy ageing and play their part in levelling-up

From price to product information elasticity of demand...

How to design your dream home with a...

How to keep your home safe and secure...

July 4, 2022
Editorial & Advertiser disclosureEditorial & Advertiser disclosureOur website provides you with information, news, press releases, Opinion and advertorials on various financial products and services. This is not to be considered as financial advice and should be considered only for information purposes. We cannot guarantee the accuracy or applicability of any information provided with respect to your individual or personal circumstances. Please seek Professional advice from a qualified professional before making any financial decisions. We link to various third party websites, affiliate sales networks, and may link to our advertising partners websites. Though we are tied up with various advertising and affiliate networks, this does not affect our analysis or opinion. When you view or click on certain links available on our articles, our partners may compensate us for displaying the content to you, or make a purchase or fill a form. This will not incur any additional charges to you. To make things simpler for you to identity or distinguish sponsored articles or links, you may consider all articles or links hosted on our site as a partner endorsed link.