Our website publishes news, press releases, opinion and advertorials on various financial organizations, products and services which are commissioned from various Companies, Organizations, PR agencies, Bloggers etc. These commissioned articles are commercial in nature. This is not to be considered as financial advice and should be considered only for information purposes. It does not reflect the views or opinion of our website and is not to be considered an endorsement or a recommendation. We cannot guarantee the accuracy or applicability of any information provided with respect to your individual or personal circumstances. Please seek Professional advice from a qualified professional before making any financial decisions. We link to various third-party websites, affiliate sales networks, and to our advertising partners websites. When you view or click on certain links available on our articles, our partners may compensate us for displaying the content to you or make a purchase or fill a form. This will not incur any additional charges to you. To make things simpler for you to identity or distinguish advertised or sponsored articles or links, you may consider all articles or links hosted on our site as a commercial article placement. We will not be responsible for any loss you may suffer as a result of any omission or inaccuracy on the website.
Home News Billie Eilish, Joaquin Phoenix, Moby, Lily Cole, Stephen Fry, Leona Lewis, Ricky Gervais among stars urging COP26 climate conference to put animal agriculture on the agenda 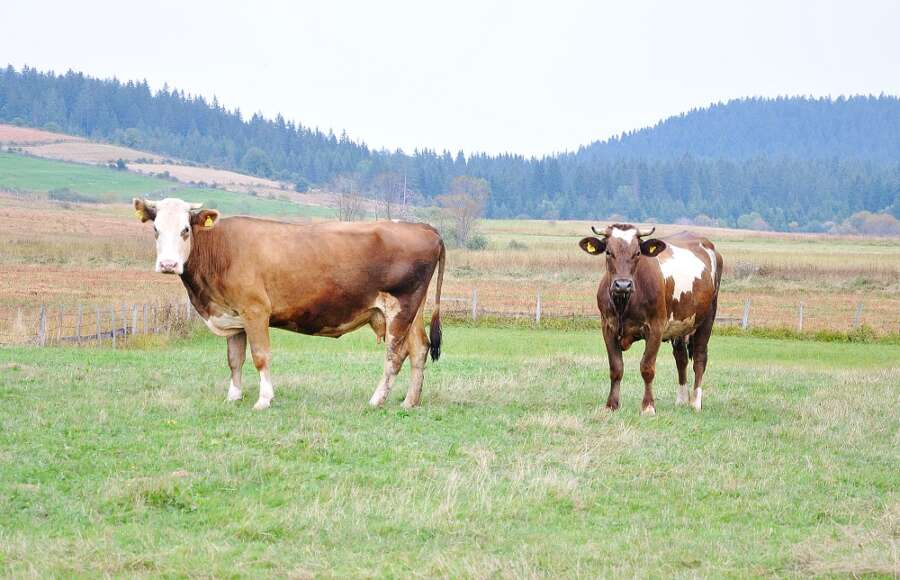 Globally, more than 88 billion animals are raised and slaughtered for food every year. Intensive animal farming is responsible for an estimated 14.5%—16.5% of human induced greenhouse gas emissions globally, on par with emissions levels of the entire transport sector. Despite being one of the largest contributors to climate change, animal agriculture is not on the COP26 agenda as a priority in climate change mitigation discussions. COP26 is organised by the United Nations Framework Convention on Climate Change (UNFCCC).

Humane Society International and its celebrity advocates share a passion for protecting animals and the planet through practical policies and actions, and they hope that formal recognition at COP26 will encourage world leaders to commit to vital meat and dairy consumption reduction strategies to help meet the Paris Agreement’s below 2°C target.

The letter reads: “With animal agriculture being such a major source of greenhouse gas emissions, it is impossible to meet goals set out in the Paris Agreement without making changes to our global food system. Even if all other major sources of emissions were reformed, we will still fall short… Addressing these urgent areas in the UNFCCC COP26 meeting would help propel governments around the world to take action and would provide world leaders with another high impact option to add to their toolbox for tackling climate change. We call on the UNFCCC to formally and publicly recognise the role of animal agriculture as one of the largest contributors of climate change and to open a greater space for dialogue.”

Singer, songwriter and animal rights activist Moby, said: “Intensively farming animals for food is, simply, destroying our planet. Animal agriculture is the second-highest CO2 emitter in the world, yet it remains largely ignored by world leaders. The science is clear and overwhelming; that adopting a more plant-based diet is one of the most impactful actions we can take to avert catastrophic climate change. So, if we want to protect our planet, we must include intensive animal agriculture in climate change mitigation strategies. COP26 is the ideal opportunity to do this, and one of our last vital changes to reform our global food systems. I beg you, please; STOP ignoring the cow in the room.”

In addition to significant greenhouse gas emissions, the farm animal production sector is also the single largest anthropogenic user of land, with meat, egg, dairy and aquaculture production systems using approximately 83% of the world’s farmland while providing just 37% of the world’s protein and 18% of calories. Animal agriculture is also a major driver of deforestation, species extinction, land degradation, pollution and exhaustion of water resources.

Julie Janovsky, Humane Society International’s vice president for farm animal welfare, says: “If we are serious about avoiding climate catastrophe, it is imperative that world leaders acknowledge and act to cut every major driver of climate change, including industrial animal agriculture. Intensive animal farming is unsustainable, and transforming our global food systems to more plant-based diets is one of the most effective climate-mitigation measures we can take. COP26 offers a vital opportunity for world leaders to make meaningful commitments to tackle climate change, restore biodiversity and help end the cruelty caused by factory farms.”

The public can support HSI’s #TheCowInTheRoom campaign by signing the petition, urging world leaders to recognise the climate damaging impacts of factory farming at COP26: hsi.org/TheCowInTheRoom

• According to The Food and Agriculture Organization of the United Nations, animal agriculture is “one of the top two or three most significant contributors to the most serious environmental problems, at every scale from local to global.” (FAO)
• Consuming fewer animal products and eating more plant-based foods, we can help protect the world’s water supply. Producing meat, milk and eggs requires huge amounts of water: growing feed, cleaning housing enclosures, hydrating the animals, disposing their waste or disinfecting slaughtering equipment. Producing 1 kg of chicken requires 4,325 litres of water on average, compared to the 1,644 litres needed to produce 1 kg of cereals. (Hoekstra 2015)
• Eating more plant-based meals will reduce the amount of land used by agriculture. Worldwide, we need more land to raise and feed farm animals than for any other single purpose. More than 97% of soymeal and more than 60% of the barley and corn produced globally are fed to farm animals. (FAO)
• The Intergovernmental Panel on Climate Change (IPPC) report revealed that the climate crisis is poised to get worse if greenhouse gas emissions continue to surge.
• By 2030, the livestock sector is projected to account for almost half of the world’s emissions budget for 1.5C unless things change. (Harwatt 2019)

The Midlife & Menopause movement – Why a generation of women are leading the way for a healthier, happier and more positive life through their 40s, 50s and beyond.

All aboard the YouCam Time Machine: Experience the Most Realistic Face Aging Simulation