Our website publishes news, press releases, opinion and advertorials on various financial organizations, products and services which are commissioned from various Companies, Organizations, PR agencies, Bloggers etc. These commissioned articles are commercial in nature. This is not to be considered as financial advice and should be considered only for information purposes. It does not reflect the views or opinion of our website and is not to be considered an endorsement or a recommendation. We cannot guarantee the accuracy or applicability of any information provided with respect to your individual or personal circumstances. Please seek Professional advice from a qualified professional before making any financial decisions. We link to various third-party websites, affiliate sales networks, and to our advertising partners websites. When you view or click on certain links available on our articles, our partners may compensate us for displaying the content to you or make a purchase or fill a form. This will not incur any additional charges to you. To make things simpler for you to identity or distinguish advertised or sponsored articles or links, you may consider all articles or links hosted on our site as a commercial article placement. We will not be responsible for any loss you may suffer as a result of any omission or inaccuracy on the website.
Home Technology 7 Things That Tech Change Has Made Obsolete since 2000

7 Things That Tech Change Has Made Obsolete since 2000 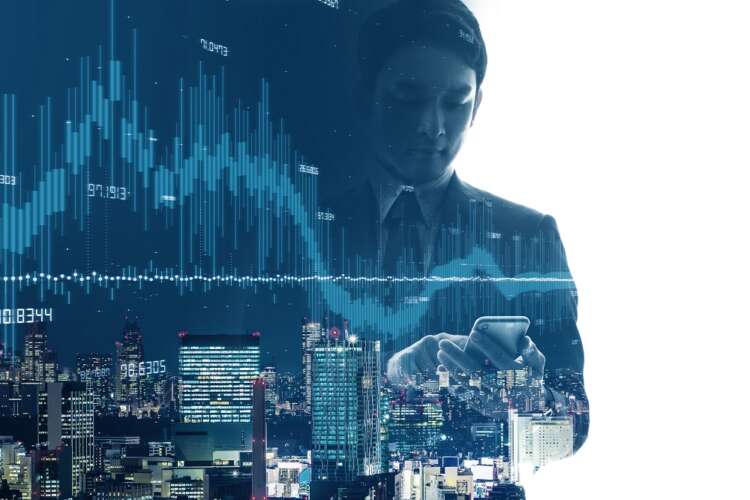 Many of us will remember dial-up internet, browsing Ceefax for the latest news, flicking through the Yellow Pages or those endless games of Snake on primitive mobile phones.

Whilst all mainstays of early 2000s life, technological trends and changes in the short space of 23 years has rendered many old technologies and household favourites obsolete. Gareth Barber, Managing Director at We Are Your IT, has highlighted seven of the most important.

1. Growth in mobile phone ownership — the downfall of the phone box

Since the millennium, mobile phone ownership in Britain has climbed from 44% to over 95%. We’ve become increasingly able to call and phone friends, family and colleagues at a moment’s notice.

This has resulted in the near-redundancy of the public payphone. Their usage plummeted by over 90% during the 2010s; most have either been ripped out or put to new use — some are now mini community libraries, others used to house public defibrillators.

The landline, to a lesser extent, has also been a casualty here. In 2000, 95% of UK households had a landline; by 2020, it was less than three quarters (73%) — and has continued to fall since. However, it’s really Ofcom’s digital switchover that truly promises to hasten the landline’s decline over the next few years.

2. Information at our fingertips — goodbye Ceefax

Ceefax’s end at 11:32 PM BST on 23 October 2012 — after over 38 years of keeping us abreast of current affairs, weather, football scores, TV listings and even holiday offers — was a long time coming.

But as the first interactive teletext information service, Ceefax’s shutdown symbolised the end of the analogue era, with the BBC Red Button and news websites the natural successors. News is now largely consumed online.

3. The rise of search engines — no more Yellow Pages or product catalogues

The Argos catalogue was a mainstay of any child (or adult!) drafting their Christmas list; so too was reaching for the phone directory when you’d sprang a water leak. Instead, search engines are now a comprehensive online directory for products and services. The last issue of the Yellow Pages was published in 2019.

From the Nokia ‘brick’ to the Motorola Razr flip phone (2004) and then the dominance of the many generations iPhone, it seems that foldable phones are back heading into 2023 with the Samsung Galaxy Z Flip4!

With such easy access to work emails and social media, many may bemoan that we’re constantly ‘switched on’. But one sure-fire downside to this advancement — a favourite that consumed hours of our time — is the downfall of Snake.

5. The rise of on-demand media — and the demise of video rental shops

Video rental shops were ubiquitous on the high streets during the nineties and early noughties. For many, the trips to select the upcoming weekend’s film(s) was an unmissable family activity. The digital phenomenon called time on these visits to physical stores.

Whilst sales of Video Home System (VHS) players were superseded by DVD players by 2002, DVD itself also eventually ran into competition from on-demand streaming services like Netflix, but now also Prime Video and Disney+.

Fewer than 1% of households had a broadband connection in 2001, but by 2007, this was around half. The screeching of the dialup ‘handshake’ connection was a thing of the past, with 24/7 connectivity a reality.

Dialup connections had maximum speeds of 56Kbps, but in reality the speeds we saw were usually in the 1–6Kbps region. That meant excruciating waits for websites to load, not to mention the dread of a family member picking up the phone.

Eventually, speeds in the region of 500Kbps arrived: around 100 times faster than a decent dialup connection. From there, speeds have increased another 200 times; fibre-optic brought speeds of 100Mbps by 2011, with 1Gbps speeds now not uncommon in households across Britain. In 2022 and moving into 2023, 10Gb speeds are becoming more widely available and affordable.

7. The growth of the cloud — and the decline of the floppy disk and USB stick

Whether you’re saving family photos or drafting the latest financial outlook spreadsheet for your multinational corporation, cloud technologies like Google Drive, Apple iCloud and Microsoft OneDrive have taken over from traditional forms of content storage, such as the floppy disk and USB flash drive. But given their easily-misplaced nature, it’s safe to say that many of us won’t miss them!


Gareth Barber, Managing Director at We Are Your IT, said: “Many of us will almost certainly remember the fear of the ‘Millennium bug’ — the much-anticipated catastrophe of computer systems being unable to process the shift from 1999 to 2000. Fortunately, preemptive action meant such a costly tech meltdown didn’t materialise.

“Since then, advancements in technology have been ferocious. Old behaviours or technologies have been consigned to yesteryear, and given their prominence only 20 years ago, it’s no surprise that many of us feel a soft spot for them.

“Nostalgia is a powerful thing, however. There are growing fringe markets that continue to support the sales of vinyl and audio cassette tapes, for example. Vinyl sales actually grew by 23.2% last year to be at their highest level for over 30 years — with sales even forecast to eclipse the CD!”